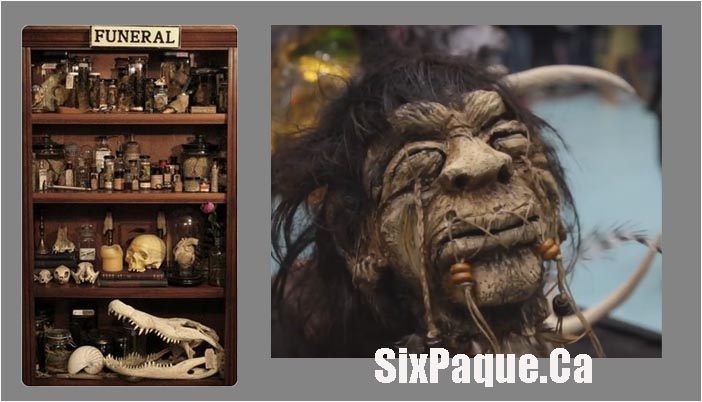 The Least You Should Know Series is about collecting anything, but this post is about collecting something entirely different. It’s still a passion for many a collector, but it’s not your run-of-the-mill type Royal Doulton Figurines, or Tiffany Lamps. Some of you would find collecting beautiful China a little on the boring side. That’s why this post is for you, it’s about Curiosity and Oddities Collecting. Let’s say this subject matter is a little out of the normal realm of, piggy bank collecting.

Curiosity and Oddities Collecting is Odd.

Dictionary Definition of “Curiosity” as careful, diligent, curious a quality related to inquisitive thinking such as exploration, investigation, and learning, evident by observation.

Dictionary Definition of “Oddity” is an odd person, thing, and trait. Others describe it this way; oddities are anything strange or unusual” Real Unusual”. Wearing ear muffs during a heatwave would be considered an oddity, (I would consider that an odd person) because most people you won’t see doing such a thing in the summer, anything odd weird, strange, unusual, or bizarre. Oddities are things that are described, kind of like this.

When buying or selling oddities, this is one of those examples that fall into a category of, does it have a GOOD JUICE STORY and, hopefully, a true one. Some of these artifacts you really can’t prove or disprove. Take for example a leg bone from a fallen horse from Custard’s last stand. How could you prove it? That horse leg bone was supposedly estimated to bring $3000-$5000 dollars at an auction because somebody believes, somebody.

So if you’re into the real deal like shrunken heads, here is a website that guarantees authenticity. Maybe they knew the guy before his . . .  “Transition” That you could prove. Anyway,  Realshrunkenheads.com  would be the site to visit if so inclined. But you have to dig real deep into your wallet for that hobby.

Oddities and Curiosities Expo 2018 in Chicago

And yes, people do actually collect these oddball things and much more unbelievable different items that you only see in horror films. Your next-door neighbour, the stockbroker, might be into funky and weird stuff. Have you been invited over to his house lately? These people are as normal as you and me, whatever our normal is? But you can’t tell. They just have a curiosity side to their personality. People shouldn’t hide their heads in the sand and believe strange things don’t happen in this world, they do. And some like to collect and document their Curiosity and Oddities collections, and if nothing else, they show them off as a conversation piece in their home.

Check in your area for Curiosity and Oddities Collecting conventions.

This collector had a fascination with Shrunken Heads. He turned his huge 1 bedroom 6000 square ft apartment into a Curiosity Museum. He has since passed away now but his fascination with oddities then took him to all parts of the world in the hunt for his unique ODD STUFF Collecting and passion.

This excellent book on Mannequins says everybody should have a curiosity cabinet just for your odd stuff, kind of like a conversation cabinet.

Some people collect Royal Dalton china. Other people have a more fascination with  collecting, really unusual things, like for example:

Did I say, this collector was a Oddities and Curiosity collector from Toronto Canada and had his own Reality Program on the subject? I never was into collecting oddities, just novelties and thinking about it, maybe they are one of the same. I’m not sure whether it was living for Bill from Toronto, or maybe it was just a lucrative pass time. But even then I was amazed by how many of his friends and clients were interested in that sort of collecting. Even in the end, I was a regular watcher of his weekly program, well until his mysterious death

I placed a new board on “Pinterest.com” and called Oddities and Curiosity Theme. This topic seemed to be somewhat in between a simple Halloween subject matter to Steam Punk Art, however, oddities and curiosity can be “Quite Different.” “As you read up to this point.” It can go beyond the boundaries of weird to really WEIRD.

So, changing the look from an old bookcase into a Curiosity Cabinet, or a picture shadow box filled with Old medicine bottles, with skull and crossbones on the label, those are called “Oddities”

This is NOT what I had in mind when I wrote about decorating your home with recycled old furniture, but we are recycling and that, well that was the idea, keep it out of the landfill.

Don’t get it mixed up with a curio cabinet your wife has her expensive china in. It’s the same but, really different.

This book on Cabinet of Curiosities says, “for every young explorer who loves finding stuff in nature and bringing it home.” Cabinet of Curiosities is a lavishly illustrated introduction to the wonders of natural history and the joys of being an amateur scientist and collector. Nature writer Gordon Grice, who started his first cabinet of curiosities at age six when he found a skunk’s skull, explains how scientists classify all living things through the Linnaeus system; how to tell real gold from fool’s gold;  preserving butterflies, crab shells, feathers, a robin’s egg, spider specimens, and honeycombs;  identifying seashells; the difference between antlers and horns; and how to read animal tracks. And then, what to do with your specimens, including how to build a cabinet of curiosities out of common household objects, like a desk organizer or a box for fishing tackle or just a curbside find.

So, is Curiosity and Oddities Collecting made for you?   CLICK HERE