These “die-hard” Avro Arrow treasure hunters like “John Burzynski”  just wouldn’t let it go, almost 60 years after the demise of Canada’s Avro Arrow they are still looking, still searching Lake Ontario for something.

These hunters are searching for anything of the Avro Arrow. They’re looking off Toronto Ontario harbor in Lake Ontario; they’re searching off St. Lawrence, Prince Edward County.

These people will go anywhere rumored to have Avro Arrow Airplane parts stashed, thrown out, or dumped in the water.

As we know, when Prime Minister Diefenbaker wanted the Avro project gone. He was heard saying, nobody wanted to buy it before, so, “Nobody gets any part of it now.” Nowhere did I read he said that …  but I’m sure he must have thought it.

But the Government did try their darndest to do precisely that. Dispose of everything related to Canada’s first and last famed Jet Interceptor built in Canada

(Hunting the four corners of the earth — MAYBE?) BUT THEY DO SAY ONE COMPLETE Avro Arrow Interceptor got away from the smelter’s pot?

Rumors, you have to lov-um

But with today’s high technology, sonar’s and specialized equipment to map ocean floors, under 50 feet of ground, that, anything is possible nowadays to find something. This new equipment can see what no man has seen before or for at least for a very long time. They might even have a chance of finding something, anything of the fated Avro project 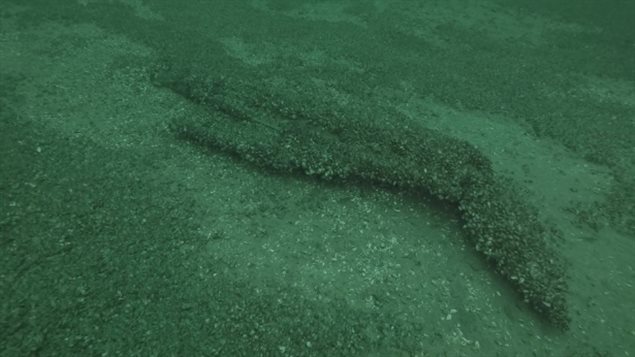 At the time of this posting, this was the latest picture from the “OEX RECOVERY GROUP INC,” which is the primary group looking for the Avro Arrow, Sponsored by the likes of Canadian Aviation and Space Museum Ottawa and amongst other interested parties. The recovered flying replica of the Avro Arrow from Lake Ontario can be seen at the Canadian Aviation and Space Museum in Ottawa, Canada.

OEX RECOVERY GROUP is scouring the depths of the great lakes for the famed Avro Arrow. On the group’s website, they show even more findings and insight into the canceled project.

https://ingeniumcanada.org/casm, The models are flying replicas and can be seen at the Canadian Aviation and Space Museum in Ottawa, Canada.

But it’s a lot of water.

As these exciting stories go, when the hammer came down on Black Friday, “October 14, 1959,” the cancellation day of the CF-105 Jet Fighter, and everybody sent home. Some of the “lucky” unemployed workers were called back to remove, discard, destroy anything related to the Avro story.

They ripped, and they tore the planes apart. They run over a perfectly workable jet fighter with forklifts—heavy equipment smashing these large planes into smaller pieces just to be, melted down for scrap metal.

Our prime minister wanted nothing left. Even the molds, tooling, blueprints — gone.

Anything that went to scrap yards or to the landfill was guarded by security. They in fact made sure that everything was disposed of as per government wishes, and nobody was allowed any souvenirs of Canada’s last “Built-in Canada” Jet Fighter.

The rumor has it, some of these planes on the assembly line were almost complete without there engines installed.

Workers strapped booster rockets on their backs and shot these frames into the air towards the open water, never to be reclaimed by Lake Ontario again, until now.

We all know that some reminisce of the Arrow still exists, Some parts pop up on e-bay, like the seats out of the plane,  some other items you see advertised for sale are from Avro.

We still know there out there, someplace.

Having said all that, these bounty hunters with enough money and electronics will eventually find something, anything, but I ask myself, for “WHAT REASON NOW”?

Museum pieces, I guess, may be a reminder that history should not repeat itself.

“If CANADA CAN’T HAVE IT, NOBODY’S GETTING IT”.

Did I say this aircraft Canada built in the Late 1950s was capable of doing Mach 2+?  No other plane in the world could reach that speed. Putting this in perspective, this was only five years after the Great War; Armed Forces around the world were still using propeller (prop) aircraft.

Some countries were still digging out, trying to put their economies back to where it was before the war years.

The story by Chris Bateman is a few years old, but have recently heard that these treasure hunters by the “OEX RECOVERY GROUP INC” “have not given up.” The latest is, these people are even looking in more unspoken and unsuspected places.

PLEASE CHECK THIS LINK   for the latest find

Like our ex-prime minister, this group, maybe other history buffs like “Arrowheads,” are committed to finding some remanence of the project. I believe Canada’s future was robbed, and even though that period in time is gone, we should always guard against outside influences today.

Canada’s safety, security, our future is at stake.     Eh

CHECK OUT THIS excellent YOUTUBE  VIDEO ON THE AVRO ARROW.

Please check out my 1st, 2nd part of the story.

THE DEMISE OF THE Avro Arrow PART 1

WHAT REALLY HAPPENED TO THE AVRO ARROW PART 2