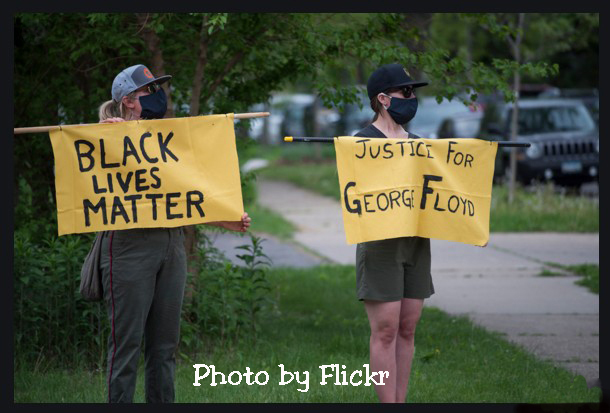 As a Canadian, I watched the appalling detainment of George Floyd of Minnesota on national television. On May 25/20, the footage of the arrest shows a white police officer kneeling on Mr. Floyd’s neck while he was held to the ground with force. He was crying out that he could not breathe.

Without a doubt, this tragedy should not have happened but, “Does being a black man have anything to do with it?”

The tight unwritten connection between police officers is unprecedented. They are in law enforcement together as brothers.  It’s highly unusual for another cop to stand up and say something negative towards their counterpart badge holders.

But I noticed some unusual activity going on, on social media. Some officers around the country are coming out and renouncing the racist detainment of George Floyd. These officers are pleading to the public,  “Please do not brand all officers in the same light.” Most of the law enforcement people believe in serving and protecting all citizens, black, white, or indifferent, “It’s our duty, our pledge to you.” All bushel baskets have a bad apple.

Detainment of George Floyd of Minnesota was a tragedy.

This Minnesota police officer was caught on camera suffocating this black man.

But in this case with George Floyd, the video shows an illegal detainment from this officer from start to finish. That very moment, this officer should have been criminally charged, and he was not until a day later. The video shows it all without a doubt. The three other officers that stood by and watched it all unfold should also be severely reprimanded, but as of this writing, they were not.

So as the protests around the country are legal ones and entirely with Merrit, the vandalism taking place shows a different nasty side to a volatile situation.

The news covering the story only shows black people doing the looting.

There is no real text-book way of demonstrating for your civil rights. However, vandalism, looting, arson, and violent anger over the killing, I’m not sure this violent behavior shows  (link) the situation in the best light. This destruction is also an illegal act and is no different than the murder of George Floyd of Minnesota.

The situation will get worse before it gets better.

If you see any spelling and grammar mistakes, please CLICK  HERE

But I have to ask, “What would be the best alternative, to change the out-DATED thinking with black people in the United States?” Having said that, discrimination around the world is alive and well.

The discrimination of black people in the United States should have been resolved decades ago, and yet it lingers on today.

But the riots, the vandalism by the few “Does not parallel your Cause.”

President Donald Trump is just sitting back, waiting for an opportunity to strike like a cobra, just to make himself look more superior in his behavior. “You’re giving him a reason.”

“I  and only ME” can stop this violent behavior,” Trump said.

The demonstrations since that time of the murder of George Floyd of Minnesota on May 30th, 2020,  shows that