The changing dynamics of Car Clubs, I mean the clubs are just, different today. In the early days of hot rodding, joining a local Car Club and fixing up and repairing your old beater was the thing everybody did. And the term HOT-ROD was Swapping this part out for that and painting our old cars to make them “Hot looking … PURTY”

And “Rods” well, they are the internal parts of every gas engine. When modifying an engine for more HP, we sometimes change the rods. Then you end up with my version of a “Hot Rod”. And that’s my story. Eh!

But the ever-changing dynamics of Car Clubs is “different today”.

According to Wikipedia the returning soldiers after the war were the first to start up the Hot Rodding Story. And  I would agree, “That’s where and when it all began” California. The USA.

We were all mechanically inclined people back then. If it was broken we had to find a way to fix it and we did. Most of us needed a place to do our tinkering so we banded together and formed “CAR CLUBS”.

Today the fad has turned into a multi-million dollar industry. If you go online, you would have no problem finding any reproduced parts for your classic car or hot rod. Fiberglass, steel, HELL, you can buy molds to do your own casting and for those hard-to-find parts, you can even buy kits to do your own chroming, etc.

This post is more about the many Car Clubs that were started and flourished during those times and like today, most are still around. But in part, today’s car clubs although still focused on classic cars and the sorts, they do a lot of unpublished charity work, with very little or no credit. A lot of these car clubs hold dances, pig roasts; they have cheap wing night for the public, car shows, etc. and most to all the proceeds/profits go to local charities.

Thousands of dollars are collected annually by these Car Clubs, “Just for charity

However, the dynamics of Classic Car Clubs have changed since the beginning of the Hot Rodding story. New members are hard to find. Their beliefs are that cars of today are more complicated, sophisticated, and to the average person, they’re too intimidating to work on. And maybe they should be intimidated, but they are still “repairable” 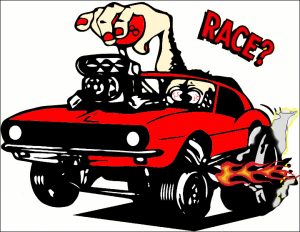 But as the years passed, the dynamics of car clubs have swung in a different direction and new members just want to work on their own vehicles, motorcycles, and snowmobiles. They say classic cars are far too expensive of a hobby for the average person. One of our club members is referring to our club as a “social club” not a car club?

Could they or he be right?

∞ ARE rebuilding classic cars and Hot Rods winding down?  Even though you can find all the parts known to man, car, or beast, it still could be a costly venture. The swap meets are a good example of how the trend might be slowing down. Every year the attendance seems to be falling, the decline of swap meet vendors is another telltale of a future slowdown. ∞

Please check my other posting on Car Clubs

Are the classic car enthusiasts winding down or are we all just getting older? Well some of us are getting older but, nobody is taking up the hobby. Car swap meets are fine examples of the past car eras, but it does take new blood to carry on the tradition, and that’s, well, getting harder to find. 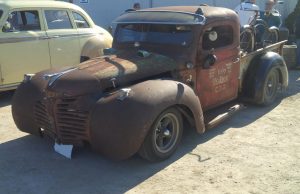 Rat rod at a car show

So, are the car clubs as we knew them slowly disappearing, yeah, maybe, but I think there will always be room for the younger generation, maybe a few of the new members can tinker on their own equipment and perhaps, learn a thing or two from the old members on Hot Rods.  Time will tell!

IF YOU HAVE ANY QUESTIONS ON CAR CLUBS, AFFILIATED CLUBS, OR DO’S AND DON’T,  PLEASE SEND ME A COMMENT.

Check out this good read on vintage and antique cars.