The story started here with my rescued dog Sixpaque.  I wrapped my scarf twice around my face and neck, as I stumbled through the snow to reach my car and drive to our shop.  This morning, the temperature felt to be at least -30 degrees, and I hoped the guys had my (under the desk) space heater turned on. 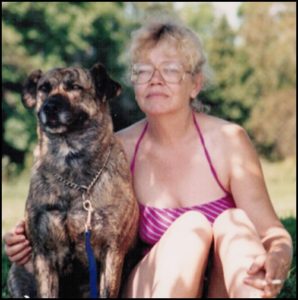 We took all three dogs to our shop where they slowly came back to life, with some water, food, and a lot of rubbing and attention.  Now, what do we do?