It’s finally over. The NAFTA is a done deal. I think it would have been simpler to make Canada 51st State of America. But the old term “NAFTA” is signed, sealed, and delivered, or is it?

Donald Trump calls it a new and improved USMCA deal and changed the old version of the outdated NAFTA to something more to his liking. Of course, Mexico calls it MCUSA, CANADIANS call it CMUSA. In case you haven’t figured it out, the “C “stands for Canada. Eh!

Whatever they call it, the deal is done, RIGHT ??

Now if it wasn’t for the Donald Trump bad-mouthing all of his “past friends”, trading partners. I would never have gone down this dark alley.

After doing research on my new book “Untold Story” of Avro Arrow, 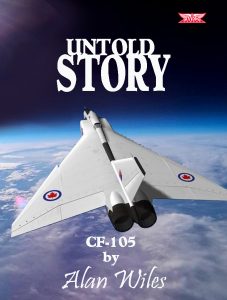 which is due out shortly, I would not have known to what extent the rocky history Canada and the United States has had, (well )  I suspected?

Still to this day, things haven’t changed much behind the scenes. As a Canadian, yes we have heard rumors of past US, Canadian dealings, and yes everything you read in this country is American produced. But Canadians always looked the other way. As the saying goes, “swept under the carpet” Some of our Prime Ministers tried swaying away, ever so slowly from that US bulling and mentality but, it is SLOW and then there is sloooow. So as the new  NAFTA deal is in place, you know behind the US Canada deal, it will be in the US favor.

At one point Europeans thought we were the 51st State of America, and that was many years back.

Now, why would anybody think any difference of our two countries? Our societies are intertwined like 2 peas in a pod. We all have relatives on both sides of the border and our economies have been linked forever. We all know when the US sneezes, Canadians come down with a cold. Many of our Canadian citizens have to duel US passports. A big part of our Canadian government is run by politicians born in the US, so why would the rest of the world think any different?

That’s the problem. People around the world must question why is the US treating Canadians this way? How can we trust the US if that’s the way they treat their “brothers”?

In the beautiful city of Amsterdam Netherlands, I ask a shopkeeper to send me a box of those fine cigars that he was selling “Where you would like them sent?” he asked. Canada, I said. He thought for a moment and said we don’t send anything to AMERICA. I assume he was referring to the United States. “No you got it wrong, CANADA I said.” “It’s all the same to me.”

I NEVER DID GET MY STOGIES.

So doing some research on my upcoming book, and we all know, one door opens another, and then another. It was taking me down a dark alley of the shady, behind the scenes dealings with our “brothers” to the south. Maybe Trump would chalk it up to “That’s only Business.” Eh!

I’m starting to realize that only Canadians think of the US as our brothers. I’m not sure if they consider us the same way. We’ve all heard these jokes … “Canadians still live in Igloo’s” And here is a good one, “Canada is where all the cold weather comes from” I can take a silly joke like everybody else, but I’m starting to see that maybe it wasn’t a joke. The Americans do think we live in Igloos and are pushovers, with a “lead the lamb to the slaughter” mentality.

Americans through the years have very subtly steered and pushed Canadians in a direction of their choosing. As I said, we all have seen changes in our world and it’s mostly in the US favor. The funny thing is, when Donald Trump says to his followers, “Canadians are taking full advantage of the United States of America “Hospitality” That’s total, false.

The US President with his threats is a wake-up call, that all Canadians need to hear or we could just consider the #2 option.

In order to write the “Untold Story” book with as much accuracy as possible, I had to go back at least 70 years in history. Times were different then, the mood on both sides of the border was different. Like I wrote in one of my other posts, crossing the border from either side was an inconvenience at best. So yeah, things have changed.

But the story just keeps getting better.

Today the NAFTA or USMCA as Trump calls it is like déjàvu with two rocky personalities, Trump and our Prime Minister Trudeau. One titan clashes against the other, the US does not like to lose, or being pushed around, and … the US wants to do the pushing.

In my research,  (link) John F Kennedy, showed in public, his total dislike for our former Prime Minister John Diefenbaker.  JFK ridiculed our former PM most times, every chance he got and not behind the scenes, but in public no less and that was 60 years ago. He ridiculed our former Prime Minister in one hand and asked for help to ward off his arch enemy over the Arctic in the other and in the same sentence. Very few people in this world have the knack of doing such a thing and with a straight face. Apparently JFK had that talent.

So, its official, President Kennedy, sad to say, is off my list of favorite Presidents list, and it’s getting shorter. So, does history repeat itself, or maybe things have never changed?

Donald Trump says, LOOK JUSTIN, YOU KNOW I LOVE CANADA, I HAVE MANY FRIENDS THERE.

Canadians are starting to be aware and certainly, some of the ugliness would never have come to the forefront at a dinner table if it wasn’t for the US Leader Donald Trump’s unprofessional rederick with Canada, which surely is not becoming from any world Statesman.

We would, like all Canadians “and were really famous for doing” swept the rederick under the rug, and, let him be, he’s just having a bad hair day … Eh!

Yes we have been trading partners, “brothers” forever, and maybe like Donald Trump said, the gravy train is over and it’s time for Canada to step up to the plate.

But maybe Canada should start thinking of different options. I am relatively pleased with our PM Justin Trudeau. He, at face value, looks to be fighting for the rights of all Canadians and if he and his government would stop giving away Millions of dollars to all the (LINK) Omar Khadrs in this country, we could perhaps have enough money left to design, implement, build and learn new ideas for Canada’s future. Maybe we can be leaders on the world stage again. Or maybe he in the end is a follower like most of our other Prime Ministers. You be the judge.

If you see a wolf at the door in sheep’s clothing and he whispers sweet nothings in your ear,

“We will take care of you good buddy”, close the door in his face.

Canada, the 51st State of America.

And for the rest of Canada, GOOGLE  “Non–Proliferation Treaty”  interesting read on how Canada’s hands are tied by the U.S.

One last note on some of our woes in Canada, Yes I believe that we have been pushed around and yes our Prime Ministers have fallen under the spell of the United States and kept us under their mercy as long as I can remember. But that’s OK. We are brothers. . . RIGHT?

Canada being the 51st State of America would save a lot of cross border problems, but I think the U.S. should be our 13th Province or Territory of Canada. That sounds even better. Eh!