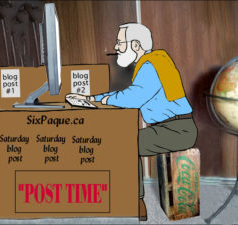 Do you find people noticeably getting a little frustrated with you?  Always repeating themselves as if . . . I have a hearing problem. Well, I personally think they should stop slurring their words like they were a bunch of drunken sailors, then maybe, I might be able to understand them better, or maybe and this is reach . . .  I have a hearing problem? …. “Nah”

Of course, this is one of the Symptoms of a Hearing Impairment?

Working around heavy machinery all my life, I find that I’m saying, sorry I didn’t hear you a lot of “what’s that you said?”. As I was watching a movie I said to my wife “what did that actor say? I never heard that punch line” I watched a movie for 2 hours and I never heard the ending. Now my wife cautiously says,” You know, you should be getting t your hearing tested!”

What? There’s nothing wrong with my hearing! Eh!

Why shouldn’t I  expect to have a problem? My wife reminds me daily that she is tired of speaking so loud. Our TV has a natural setting of…10. Now that should have been a red flag!

Most of us, maybe, possibly, might have a hearing impairment and don’t know it. I’m not admitting to it, but maybe, we just don’t want to confess to having a problem.

Bulky looking things hanging out of your ear! What next, a hearing horn?

Nah. There is nothing wrong with my hearing.

I told my wife, “there’s nothing wrong with my hearing, it’s just fine” In most cases, I call it a selective hearing, but she doesn’t buy it. IF I DO HAVE A PROBLEM and I am not admitting to it, I will blame my slight hearing impairment on the noisy 40-year work environment. Yeah, that’s it, my workplace, but I’m still OK, I can hear just fine.

But the work environment was different 20 years back. As a trades-person working around deafening heavy equipment, that was the normal sound. The industry didn’t worry about noise pollution. The heavy roaring machines were just the way they were when designed and came off the assembly line like that, LOUD.

The trucks were all noisy, some pushing 90 to 12o decibels (dB).  Noisy, hell, most companies and employees never even thought of the long term hearing effect and in most cases, we were all just trying to make a living. Noise pollution was not part of the equation.

Could hanging around all those old noisy slot machines be what did it? (They weren’t only noisy they were winning!) I don’t hear that sound much anymore. That must be my hearing.

*Note: When the average person talks “one on one” it is around 40 decibels, and they say anything over 85 decibels could be HARMFUL.

*Decibels are a measurement the doctors use for sound. (1 being low, 40 normal, and 80 starts to be bad for you.”LOUD”

Things sure have changed at workplaces. You have to be suited with all the safety gear.

When your neighbor catches you going out the door, he says, “where are you off to, playing football with the guys?” “HELL NO, I’m going to work.”

Sure you knew loud noises were bad for you. But then the subtle and constant ringing in the ear was a dead giveaway that there was something wrong and your body is being affected with a  condition. But that did come with the work territory.

“OK,” I say to myself, “I’ll get my hearing tested and I’ll bet the doctor will just tell me, “your hearing is gone”

OK, I humor my wife and go and get my hearing tested. But I’ll bet the doctor will take one look at me, and says to himself “yup, the guy’s over 50 and worked in a noisy environment. Yup, that’ll do it every time.” AND JUST LIKE CLOCKWORK, THE DOCTOR LOOKS AT YOU AND SAYS, “YUP, YOU’RE OVER 50 and worked in a NOISY ENVIRONMENT. THAT’LL DO IT EVERY TIME.” “You’ll have to sit in that booth right over there for a hearing test.” Your hearing is gone, never to return AGAIN.

Being a little mechanically inclined, I asked him how he could have diagnosed the problem so fast.

“I JUST KNOW” That was his stupid answer.

I don’t think I have a hearing problem. Sure all those things that were mentioned are true, but that could mean almost anything, right?

I THINK PEOPLE SHOULD LEARN TO TALK MORE Clearly EH!

But I did humor the doctor (and my wife) and proceeded into this 4×4 ft soundproof cubicle. The Otolaryngologist lady was helping me put the headgear on. She spoke with a German accent of sorts. Now I’m not prejudiced but if you’re checking my hearing for clarity, I at least wouldn’t mind a sporting chance.  “Now repeat the words after me,” she says. “This is not a fair test!” I wouldn’t have understood her when I was 20.  So now I’m a little skeptical of the whole test. “Trust” is not my middle name and I still think my hearing is just . . . fine.

A Hearing aid Department (Audiologist) in the same office as an ear, nose, and throat physician (Otolaryngologist) looks a little odd, but I guess not any different than Oral Surgeons and a Denture Clinic sharing the same office.

The hearing test, like any computer, can be manually manipulated to suit the results.

I went through the second part of the test. It had a muffled computer voice saying, “repeat the last word of the sentence” I had to pay real close attention to what this computer was saying. I think the lady doing the test was playing with my head, “hearing”.

I thought to myself, “doesn’t anyone speak clearly anymore?” Not even the computer testing my hearing was clear.  I had trouble understanding the lady from Germany saying “repeat after me” with broken English and now a computer was mumbling its words that I didn’t understand.

“How do I know if I have a hearing problem”?

After all that fighting with my hearing issue, and I’m fighting it tooth and nail, possibly I do need some guidance in the hearing department.  I decided maybe I do need some help. (DID I SAY THAT?) I’m just saying maybe I need a little help.

Almost convinced that I need H…… A…

So almost convinced, I tried an in-house loaner set of hear-aids. They have such an unnatural sound. The Audiologist assured me my brain just needs to adapt to the new sound. I basically have no recourse. If my natural hearing is gone and they are right, NEVER to mend itself, never to return again. . . EVER.  . . Then I do need something.

*FACT – 4 out of 5 people do not wear their hearing aids, even after they purchase them, (LINK) AND MOST SHOULD.

*FACT – Recent University studies also suggest it could possibly stem from hearing loss, “NOW, THAT’S A WAKE-UP CALL” Being a person going through a “slight” hearing loss and in my chosen trade, problem-solving is what I did, I always looked for a common denominator (are those two problems linked to one area.) and this is how I looked at this hearing test thing. I personally can see a relationship between hearing loss and a form of Dementia because they somewhat have the same symptoms.

Click HERE  to learn more if  CBD is right for you.

*FACT– 47 % of all Canadians over 50 suffer from some form of hearing loss.

(The brain, not hearing the words properly, can’t decipher the meaning properly and through time just might get used to being confused, and miss-intrepid words. (Just because you can’t hear the words properly) I think I’m going to start wearing my new hearing aids when I get them. The alternative to getting that mind-bending disease through pure stupidity. All because you don’t admit you have a hearing problem.

When visiting my brother, the first thing he always did was hand me a bottle of my favorite beer. He got terminally ill and was very close to the end and he whispered in my ear…” did you get your beer”? I didn’t hear him. On his last breath, I just didn’t hear what he said. I have given that a lot of thought over the years and that’s, what he said. Just over a lousy set of hearing aids. . .  I will always remember that day.

SUMMARY: I’m not going to miss not hearing loud motorcycles go up and down our street with a noisy decibel reading of 130, which is really (LOUD),  but not hearing your family trying to have a heart to heart talk with you, or maybe a little guidance from you, that’s something you don’t want to miss out on.

How do I know if I have a hearing problem?

Compare a hearing aid to a popular blue tooth earbuds

“THEY ARE IN STYLE”

If you see any spelling or grammar mistakes,   please go to this (link).