A few of my articles I wrote about Lights On a Car Need To Be Working, Its The Law.

I tried to stress the importance of lights for road safety on your car and why you should keep them working properly at all times. The automotive manufacturing companies spend large amounts of money and research, just too strategically install all these colored lights in the proper spots, “So people can see YOU”.

That is the main purpose for lights around your automobile, exception being, both working headlights.  You as the driver don’t see these blinking irritating lights, but you hope everybody else sees them.

Lights On a Car Need To Be Working, Its The Law. 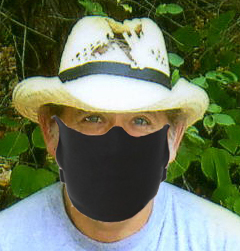 So writing about the importance of lights on all my articles, I also have to note, it is against the law and should be enforced more strongly. Police officers do have the right to pull over a vehicle that doesn’t comply with the rules and regulations of the highway traffic act.

And None Working Lights Fall Under That Rule.

But not to worry, in my estimation, the officers are far too busy finding real bad guys than, pull over cars with a “light problem” But they can.

So why not make them work?

We’re not even talking about how much “ROAD RAGE” is caused by somebody intending on doing the proper signaling thing, “BUT THE LIGHTS AREN’T WORKING.”

Non-Working Car Lights on A Vehicle, is, Against the Law

Should the cops enforce the law that’s already there? Should they pull you over, “Over a stupid, burnt out light”?

Did you ever wonder why highway transport trucks (link) have so many of these pretty lights on them?

“SO YOU CAN SEE THEM” burnt out lights on a vehicle very serious? If you had any more than 3 lights out, the ministry of transport would park your wheels until you got them repaired. “Park on the side of the highway” The only thing was, he didn’t go far enough. He only picked on-highway trucks and only on the major highways. If he believed that lights are part of road safety, why did he stop there on the major highways? Why not pull over vehicles on rural roads, cities or any of our other government highways.

SO, HERE IS ANOTHER INTERESTING TWIST ON THINKING ABOUT LIGHTS.

So now I will go back to the Minister of Transport’s way of thinking, when and why they decided to pick on the trucking industry. As a rule, they NOT only found light infractions, the law enforcement officers found in most cases, major safety issues, and the lights could have been a legal way of inspecting the truck for those safety infractions.

But that’s my point with cars on the road.

Now a day’s unlike cars, The Ministry of Transport, does not need a reason. If they suspect your truck or load is unsafe for any reason, that’s good enough to pull you over and do an inspection on your equipment and up-to-date credentials.

But not to worry, the average police officers are far too busy finding real bad guys, then to pull over cars with a “light problem”. So, you don’t have to worry about cops.

Lights burnt out, back seat full off???. Aren’t you worried about being pulled over with all these lights out on your car and, you’re driving around with property you can’t prove you own.        Not to worry, “he said”, “cops don’t pull over cars for a light out”.

Working lights out on a car the law, should law enforcement be a little more … vigilant?

So as the crime continues to climb in all the major cities, their mayors are worried, what can we do to curb the uphill climb of lawlessness in our cities?  They could be looking at a very simple solution, like pulling over vehicles with safety impairments, rather than turn the other cheek like they always seem to do.

Chances are that bad guys can’t be concerned about working lights on their car. Could that other bandit in this story be right? Cops don’t care!

What else do you find, other than lights out?

So, I think yes, COPS should be more vigilant.

Did you know you can spot a headlight out 1 mile away, giving an officer time to finish eating his donuts and choke down their coffee and still . . .  have time to pull you over?

But this bandit is probably right, “The Cops can’t be bothered”

My belief is, what else do you find, other than light out? No insurance, No license, Stolen car, illegal … stuff in the trunk or maybe just … “Wanted Bad Guys” and if that was all that was wrong with his car, a light infraction, tell him—-

So, should law enforcement be a little more vigilant? “I think yes!”

Did I say  . . . I passed 15 vehicles, including trucks, cars and school buses with light infractions in ONE day!

“HOW MANY CARS CAN YOU SPOT WITH LIGHTS OUT”

There are specific colored lighting rules on for all highway vehicles on. What colors of lenses go where signal lights are that color, brake lights are this color. Colors lenses that one police officer wrote, was illegal to have on civilian vehicles and are deemed for Emergency Vehicles ONLY.

Are Non-Working Lights on a Vehicle is against the Law, yes.

I have many years of doing preventive maintenance on vehicles, and non-working Car lights are the worst overlooked safety problem. Eh