Blackberry Cell Phones had this slogan “Just Stay In touch”.

Whatever happened to the Blackberry Cell Phone you ask. Well, a few years back this communication

device was a trading name for a new revolutionary style cell phone. On its hay day, Blackberry took the

world by storm. The company manufacturer was called Research in Motion (Rim for short) based out of Waterloo Ontario Canada.  I like to call the Waterloo region, “Silicon Valley” of the north. Most people just know the company name as just “Blackberry”

Anybody that was somebody had a Blackberry product.

What was so different you say well, first of all, you had to be there to experience this new technical marvel Their communication system was new, it was highly in-scripted, which was a must for Politicians, texting sensitive information. Blackberry even so much as had the HANDLE “NATO” secured.  I’m not overly sure what that means, but Rim did have the most secured system in the world. And I guess, that’s how the industry described them.

I understood they were originally designed for the CEO, CORPORATE ELITE, and at one point in the life of the Blackberry, it was every executive’s choice.  From lower management up to the CEO of big corporations, most were all given one of these Blackberry cell phones, just to stay in touch.

But the cell phones were so well received by the general public, and maybe in part because it had that nostalgia of owning a Blackberry. “You felt like a somebody” (What, you don’t have a Blackberry?)

Queen Elizabeth 2nd, most US Presidents had one of these phones.  Movie stars, dignitaries from around the world couldn’t get enough of this easy and useful communication device. The U.S. White House, Parliament Hill in Canada was just buzzing with this engineering marvel, just to stay in touch.

It was small, it had internet service, 2-way communication, “e-mail me was the fad”, no more clunky laptops. Even pagers had only one way of communication. “Your pager shows you have a message, NOW WHAT”, you still had to find a phone to retrieve your message. I think even in the early days of RIM, they even perfected the 2-way pagers?

Time is a wasting, let’s talk … anytime, the text is good.

The dark times of 911 in New York City were chaotic, to say the least, and as the story goes, all the communication systems were down, all but one. The only phones that did work were, Made in Canada’s own Blackberry cell phones. During Hurricane Katrina, communications were down … Blackberry phones were still operating.

The popularity steadily climbed. The steady wealth of the company’s success was spread throughout the University City (Waterloo Ontario Canada), University departments got grants, Rim employees had cell phones given to them. They also had the option to buy shares into the fast-growing company. All Blackberry or Rim products were manufactured in-house (Waterloo Ont.). Not outsourced to other countries,  everybody shared in Rims’ good fortune.

The dark side of the story is, behind the scenes,  some of the US politicians really didn’t care much for the arrogant Canadian founders of Research in Motion.  Sure they were all hooked on the technology, but some were grumbling that they should be making their own, not pay a foreign country.

Looking outside the box, the American companies, some were described as “Patent Trolls” were always keeping Research in Motion “Blackberry” in court for infringements on, this or that. In 2005 a small-town judge was going to ban Blackberry Communication networking from any dealing in the United States. Like … KICK them right out of the Country, and that was after 911. … Thank you very much.

I think the writing was on the wall at that point.

The US presidents had to give up their beloved Blackberry’s because the FBI, Homeland security said the system was not secure enough. Of course, THE UNTOLD PART OF THAT STORY Is, “there were two things wrong” …… the communications, no matter how secure was stored in a foreign country (Canada) and the second most important, THE CELL PHONES (ingenuity) was not made in UNITED STATES (homegrown)

CAN’T BLAME THEM FOR WANTING TO EMPLOY THEIR OWN.

Eventually, other phone companies supposedly caught up to Blackberries technology, and again supposedly surpassed it. Today’s company CEO, EXECUTIVES, all carry Apple phones or other high-end equivalent cell phones, and most likely all made in the USA. (Even the Canadians) 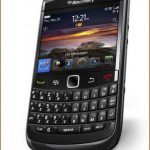 Some say the company winked too long and the technology passed them by. Made in Canada Blackberry, like all technology and especially in electronics, moves fast. What’s new today is history tomorrow. But at the time, Research in Motion was a new and exciting innovation; they were on the top of their game. Call me a diehard, but I still have my Blackberry Q10 cell phone and that, just replaced my Blackberry 9780 Bold

I heard this rumour Blackberry just launched a new and elite cell phone for 2018. So, they just might be coming back!

Check the history of Cell phones

Check out the Blackberry website, for maybe a RETURN?

∞ Blackberry made special edition phones for the CEO that had good taste and lots of money.

The cell phone supposedly (and I use that word like it was top secret) had a little more memory, power, but the best part I liked, was the looks, GOLD PLATING, Diamond inlay, and let’s not forget UNIQUE TOUCH PAD LOOK.

You know the person owning one of these babies, never had to worry about making their mortgage payments. Made in Canada eh!

Rumour has it, “They’re Back”