As a Canadian, I watch and read as much news that comes down the pipe about U.S President Trump and how he is going to straighten out the unfair trade practices that CANADA has over the United States (Nafta). (North American Free Trade Agreement) (I really thought he was joking in the beginning).

“You know how silly that sounds”

I swore I would never get caught up in politics, BUT here I go?

I was going to save this post until my regular post time on Saturdays, but I’m upset with the stupidity and had to voice my opinion…

We have always been trading back and forth with the U.S, forever, but, little old Canada supposedly is putting a big dent into the USA economy which is not even worth the discussion, because of …

“HOW SILLY THAT SOUNDS”.

The U.S. President calls Canadians, Spoiled and “he’s going to straighten us out”.

As long as I can remember when the United States says to Canada, jump, our Government always directly or indirectly say ”how high” That’s a given. It always has been that way, forever, and why our Canadian government hasn’t pulled us away from that bullying mentality a long time ago, boggles the mind.

When Trump came into power, he swore, he would shake up the White House and from an outsider looking in, that’s exactly what he’s doing or did.

Probably the only type of person that could have pulled that off would be a really wealthy person with an “I don’t care” attitude. I don’t have any friends but I “can buy as many as I want or need”, attitude. He looks to be a good poker player (bluffing is his game) and then throws in the mixture of having one of the most powerful positions in the world.

I call that,  #A PERFECT STORM.

But I’m only going to say this ONCE.

(He might be right about Canada and he MIGHT JUST BE DOING us a big favor in the long run).

It is time to be more of a sovereign country. Stop spending and giving away large amounts of money frivolously, make more investment in Canada and Canadian people, that are going to stay in Canada and help build this country’s status to where we should be on the world stage.  STOP the sale of Canadian corporations to foreigners. People from outside the country own more of our land that Canadians.

Who do you think owns the

(I AM CANADIAN) slogan, Americans

We have the education and the knowledge to build and make anything and certainly have all the resources known to man.  I feel Canadians got blindsided by our brothers to the south and there is nothing worse than a brother against brother.  President Trump surely should remember that part of their “DARK history”.

Take the survey and get paid for doing it, “Shoppers Voice”

So times have changed and he’s going to straighten us Canadians out. He’s going to put us on Trump’s highway, to where ever land?

We as a completely separate Country from the U.S. I think we should start acting like it. So unlike Mexico, I say it’s time to build our own wall.

Wall between Canada and U.S.

And maybe by that time, the US Army Core of Engineers would have built their own shipping lanes into the great lakes from (let’s say) the … Atlantic Ocean (on their side of the border). instead of going through Canada.

I cannot foresee that happening any time soon,  “but it’s a thought”.

Some say, “it’s only business”, others like myself say, the repercussions will go far deeper than,  “JUST BUSINESS”.

We have just been bullied by a Friend/Brother and there can be nothing more cutting.

“THAN BROTHER AGAINST BROTHER”

#WE WILL BE BROTHERS NO MORE!

Note… By the way, slandering our Prime Minister just reaffirms my thinking, it’s time to be less dependent on the U.S! and more on ourselves. (Canadian)

Canada the 51st State of America

BUT, This is only my opinion.

If my posting is not correct, please go to this link 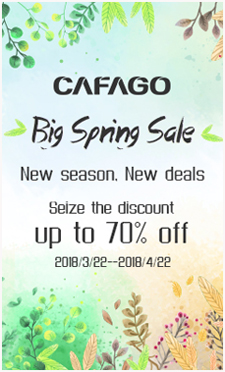