Blogging on Canadian politics and elections has always been and always will be a never-ending topic.  I call it a Canadian Political go-around, back and forth between two parties. Yes, we have more than two parties in Canada, but it doesn’t seem to matter to the people of this country, mentally they can’t get past the two parties.

Two Parties round and round.

I dislike talking about mundane political drama, but there is always so much to write about!  A person is never lost for things to say or complain about, and in my case write about. But it’s one of the two most talked about, argued about topics, “Religions and Politics” AND you really shouldn’t.

More arguments and wars are made over Religion and Politics.

Our political go around the environment in Canada is, four years of one party and they screw up, then, we vote them out. We then vote for the other party. When they do a terrible job, we vote them out, and in the end, vote the other party back in. Are we that stupid to think that their party and their way of thinking have changed since the last time?

Political scientists would have you think there are a right and a left in government. They really believe there is a distinction between the parties. One party will always defend human rights, one defends abortion, and the other, the right to or the right not to. But I don’t see a distinction between parties anymore. All parties seem to change the rules as they go, fit the environment and maybe that’s a good thing, change with the times.

It is our God-given right in Canada to vote and elect a party or leader that we can trust and hopefully do a good job for our country and or our community. When elections come around we all must get off our FANNIES to do just that. “VOTE” We have to exercise that right that most countries do not have. AS a CITIZEN of Canada, I have that right to vote and, I make sure that I exercise that right. With the World Wide Web, you have no excuse not to do “major” research on the candidates of interest. Vote for the person that you think has a sound body and mind to give to the people what they were elected to do. Never mind the politician that pats the baby on the head or goes to the elementary school to show concerns for the people and parents on the high cost of bringing up your little ones. When they themselves are an only child in the family and they themselves have no children.

Google your candidate of interest, do your research, and ‘Vote” wisely.

Here is an interesting  “LONG” article on the political environment in Poland, there are some similarities,” I’m glad I live in Canada eh!”

CAN YOUR COMPUTER LEARN ALL YOUR BAD HABITS? 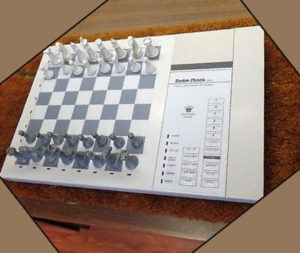 Can a computer be self-taught or self-learning? Can it learn simulation of human intelligence? Can your Computer Chess Game learn my bad habits, my famous chess moves and then, cheat me out of the glory of winning?

In purchased a “State of the Art” Radio Shack electronic chess set, the salesman forgot to tell me one crucial issue “it cheats” And know where did I read it in the instructions, nobody at the store warned me, they should have said, “You will never beat that Machine.”

Can my Computer Chess Game Cheat on me?

At the store, the chess game intrigued with the advanced technology, you can play with a person, or if there’s no one around, you can play the computer as your opponent. You move your man, and then the computer tells you where you have to put its “computer chessman.”

How hard could it be? A warm-blooded person programmed the chess set so it would be the same as having an ordinary 2-hour chess game with a good buddy of yours.

There were 1 to 10 levels. 1st level, piece of cake, and as it goes up, the levels from there. The higher up, the more thought you have to put in the game, “Just Like the Real Deal” But there is something wrong with this game!

I noticed when I was close to winning; funny things start to happen.

When I got lucky enough to get it in check, the game would turn off. “BUT I HAD IT IN CHECK!”  I’m thinking … did I hit the wrong button? Did somebody disconnect the power?

I had that stupid chess game in check! “and dumb me,” it’s still didn’t dawn on me!

The few times I had my electronic opponent in check, I noticed that it was the computerized chess game going tilt, shutting down. “This game board computer it’s cheating”  “It didn’t like to lose.”

I’d almost go so far as to say, “It was learning my moves, my habits,” it was on to me like a wet blanket.

That couldn’t be right; it’s only a stupid computerized chess game. Eh!

Can my Computer Chess Game Cheat on me?

But fast forward to today, the new computers are programmed to learn your habits, “making things better for the consumer,” they say.

It’s got a real name attached like … “Artificial Intelligence.”

Go online (www) and look up Artificial Intelligence, and you will find it in its infancy stage, but it’s out there. Some computers, and probably yours, is watching you, telling all those marketers what your bad habits are!

Squealing on you, telling everybody in the world, this is what I have been looking up, and the next time you go on the web, (funny how it happens), up comes everything you’ve been inquiring about for the last week.” The industry calls them COOKIES”  Is that a good thing or bad thing,  you be the judge.

My point would be if you use that same technology in different applications, you could get entirely different results, as I wrote in my post “The Other Room.”

It’ll be a scary time when these “machines” get smarter than you, and they will keep on learning.  And our brains will get more and more pickled from not being used.

Read this  article  on  … Truck mechanic vs Computer Guru

Artificial intelligence (AI) refers to the simulation of human intelligence in machines programmed to think like humans and mimic their actions. The term may also be applied to any device that exhibits traits associated with a human mind, such as learning and problem-solving.

For example, speech recognition, problem-solving, learning, and planning. The computer will assist us in finding information, getting directions, sending messages, and make voice calls. It will open applications and add events to the calendar. This is all standard stuff today.

Siri uses machine-learning technology to get smarter and capable-to-understand natural language questions and requests. It is undoubtedly one of the most iconic examples of the machine learning abilities of gadgets.

Tesla The car has not only been able to achieve many accolades goals but also features like self-driving, predictive capabilities, and absolute technological innovation, all computer-oriented. The car is getting smarter day by day through over-the-air updates. Tesla is one you need in your garage.

Netflix Is a widely popular content-on-demand service that uses predictive technology to offer recommendations based on consumers’ reactions, interests, choices, and behavior. The technology examines several records to recommend movies based on your previous liking and responses.

And the list goes on and on. Computers learn your habits, and adjust their thinking to yours,