Coronavirus, Covid-19 has given us change, the Black Lives Matter Movement will give us change. Canada’s dark past board game article will be removed “Off My Site” by June 30 2020 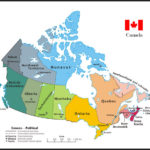 ∞  Listening to the CBC Radio program, “This is That”, they had an interesting topic about singing our Canadian Anthem.

This jet-setter from Manitoba proposed that we should sing our Canadian Anthem on domestic flights across our land, and that’s before leaving the ground. … Let’s all have a sing-along! .. I shouldn’t be so sarcastic, that is a touchy subject with many people. Eh

But I’m not sure how serious I should take this CBC Radio program(This is That.) This fella’s concern did bring up a good and valid point no less.

Our proud Canadian Anthem is being sung less and less at any and all functions. Every year they seem to find more reasons not to sing it. But as a concerned citizens, some of our traditions, laws, and values have been challenged and changed.

O-Canada, our country’s national anthem, is entrenched in our identity as much as maple syrup, Tim Horton’s, and poutine.

But not all changes are good.

I myself welcome a new change. Bring it on!  But we should not try to change our identity and every thought that makes us Canadian and different from all other nations in the World.

First thing in the morning before class, the public schools chose to sing O Canada, and the Lord’s Prayer was always said in a Catholic School. We always sang O Canada at all our national hockey games.

Is that so wrong that the school system and our government had to and wanted to change to suit the “times”? It’s bad enough that across Canada the school boards seem to implement our anthem differently from one board to the other depending on where you live.

As of writing this post, our government has proposed and passed into changing a few words to the anthem. I guess that’s a good thing, Gender Equality is an important issue and it’s not like, the lyrics to the anthem haven’t been changed before to suit the times.

But our laws and traditions are being compromised daily, yearly.  Singing our Anthem or flying our flag should NOT be mandatory, but we should want to and be proud to do so. And then you occasionally find some people that chose to think this way.

A former school trustee denounced the motion as Unnecessary and Insulting.  You can’t force them to sing:” O Canada.

Sorry to say, he is entitled to his opinion, but I have to wonder, these are the type of people that have influence over our kid’s learning.

We need change but try not to change too many Canadian Values that make us who we are and why most of us think, this is the greatest country in the world.

At least you should know the words. eH

So the concerned Manitoba fella, he has my vote, singing more of O-Canada instead of less. (Well at least know the words). That should be a priority for all Canadians. Always flying our national flag in a respectful manner, would be really good.  Being patriotic and showing it, is a good thing. Be a “Proud Canadian”.

Sing “o Canada” before or during every Airline Flight?

WELL, the JURY  is still out on that one.

“It’s a moving memory for me. Our anthem, builds up associations over the years — it’s uplifting, makes you proud to be Canadian, gives you a feeling of community and togetherness” by  carmen.chai@globalnews.ca

“O Canada can send patriotic shivers down your spine. There’s something to be said for the few occasions where everybody stands up together and sings out loud with a roaring tune, affirming our belonging and shared a love of our nation, by ”Christopher Moore”, a Canadian historian who’s won two Governor General awards for his writing, told Global News.